One of the most influential accordionists and vocalists in modern zydeco music, Jeffery Broussard continues to be one of the genre’s most dynamic performers. Broussard began his career with traditional zydeco music playing drums in his father’s band, Delton Broussard & The Lawtell Playboys. After developing the nouveau zydeco sound as a member of the band  Zydeco Force, he is now returning to a more traditional sound with his own band, Jeffery Broussard & the Creole Cowboys. Broussard has a range seldom seen in zydeco—from traditional songs of old masters to originals, from single-note and triple-note accordion to fiddle. Whether he is playing a festival stage in front of thousands of dancers, a small theater of seated patrons, giving an interview or teaching a lesson, his warmth, love of the music and talent shine. Jeffery Broussard & the Creole Cowboys last performed at SMF in 2016, in addition to being the zydeco artist for SMF’s K-2 music education program, Musical Explorers. 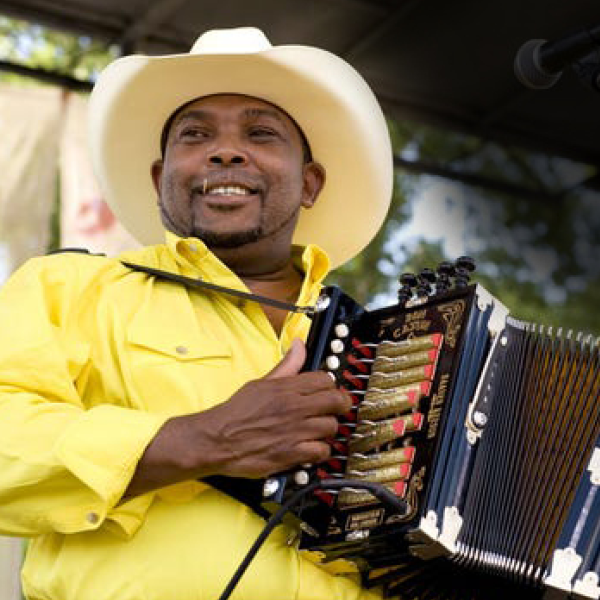