The Grammy Award-winning Cajun band the Lost Bayou Ramblers continues to excite, challenge and redefine both genre expectations and cultural preconceptions. Founded in 1999 by brothers Andre and Louis Michot, the last five years have brought them a feature on Jack White’s American Epic, score contributions to the Oscar-nominated film Beasts of the Southern Wild and tours with both Arcade Fire and the Violent Femmes. Lost Bayou Ramblers stands at the crosscurrents of Louisiana culture by inhabiting the gray area between Cajun and Creole, convention and innovation, mystery and a revelation, experimenting and growing to what it’s become today: an eclectic mix of modern sounds and rhythms with ancient Cajun melodies and lyrics.

“The Grammy-winning group plays a revved-up version of Cajun music, shot through with punk energy and psychedelic fuzz.” –WORLD CAFÉ 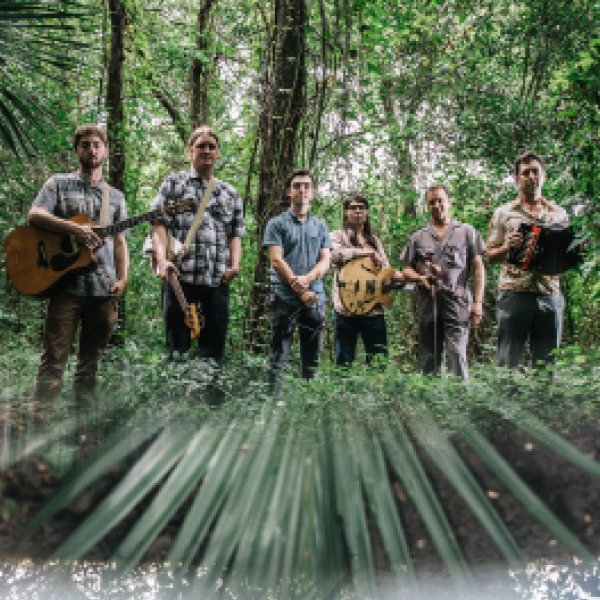